When I started writing these i only ever envisaged doing a working week with them. Why? Because I’m lazy and no-one cares what I write!!

So day 5 has to be some kind of conclusion. Well here goes: 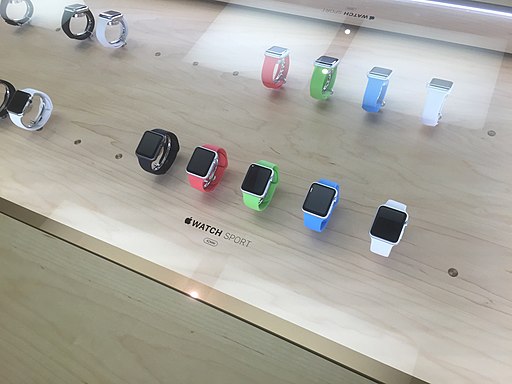 The Apple Watch is truly great at what it is, people have accused Apple of taking other peoples ideas and claiming them as their own. Well watches were around long before Steve Jobs looked like a geeky Ashton Kutcher. So yes they took this and improved on it.

As a smart watch, fitness tracker, style icon (for the “look what I got” people) and remote for the third gen Apple TV it is second to none. If you are far more active than I and already have an iPhone it’s a no brainer.

That said, I’m not that active and although notifications were nice to get, I’m not comfortable with dictating messages via Siri so I always reached for my phone to reply to messages and pretty much everything else. It is nice to be able to look at the time on my wrist. But a cheaper dumb watch will do that.

I think the cost is a factor for me. If someone got me a Apple Watch for Xmas or it was 50% off on Cyber Monday I would be grateful/tempted. Because I have enjoyed it, I can now put it on at the first time of asking, and it is a very nice object, I like the chunky design. However I would bulk at paying Apple Watch money for something I’m not going to utilise fully.

Of course.. unless my friend actually asks for it back…. no rush eh!